I went to Chemnitzer LinuxTage last weekend. That was a successful open source event.

openSUSE has got a lot of positive feedback. Some people changed from Ubuntu to openSUSE Tumbleweed and are happy.

There was some misunderstanding with the new release development of openSUSE Leap. Some people thought that would be a second rolling release by openSUSE. After explaining that we want to do that only in the development phase for achieving a more stable operating system and we will have a release day every year again, these cusomers have been happy again and like this idea. More stability is a good reason. 🙂

invis server had his meeting about their new project openSUSE SMB. One openSUSE customer was interested for this project and I brought him to Stefan. Some booth visitors want to visit our next oSC in Nuremberg.

We had more customers than in the year before. Somtimes guys asked how to change to us and to contribute. Linux beginners wanted to have live CDs. We burned flash drives with Tumbleweed live images for them.

Sunday we had a raffle at our booth. The award was a big chameleon. You can see the winner on the picture. 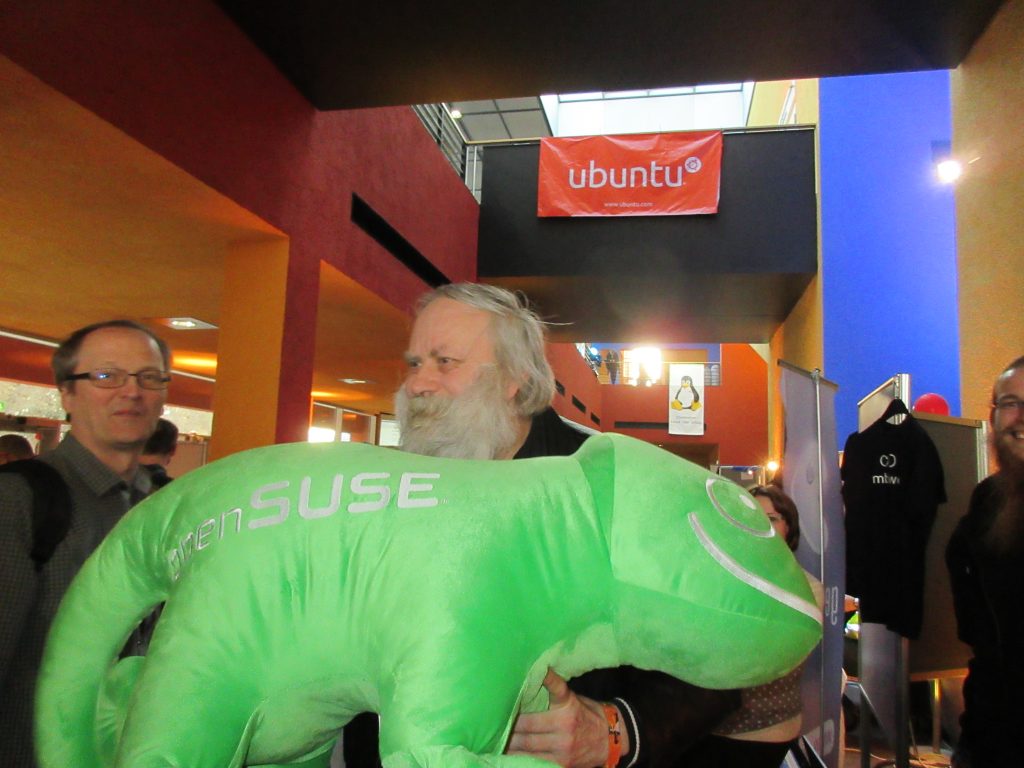 At the end I took part of the raffle by Thomas Krenn AG. 🙂

They produce server hardware and storage. Their first award was a low energy server which I won. That‘ s ideal for students like me. The best thing is that this server hardware is supported by openSUSE.

Chemnitzer LinuxTage was a fantasic open source event like every year. Thanks for the sponsoring!